The Joy of Exercise in Midlife 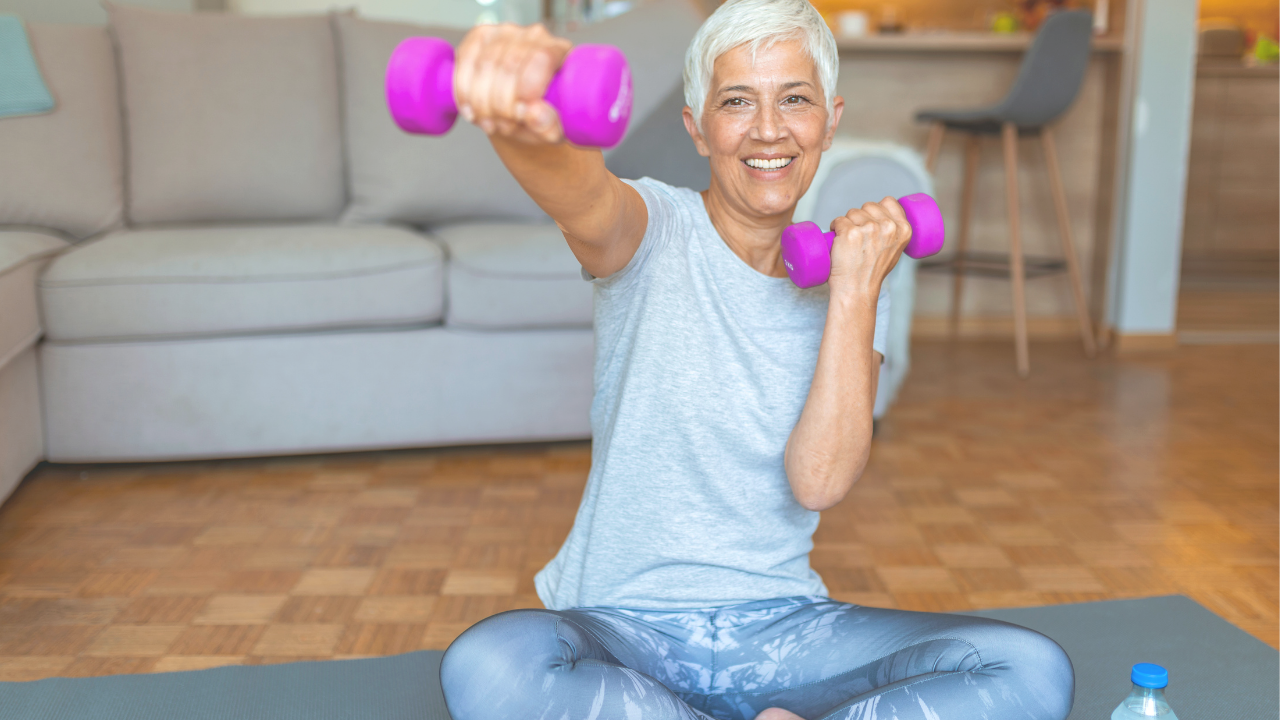 The joy of exercise came later in life, and now that I have found it, I will never let it go. No, seriously, not even two days without moving my body in a row.

So, why this sudden love of exercise after being sedentary for years?! Because moving my body makes me feel alive, and quite frankly, we all should be very grateful for the gift of exercise.

When I first quit drinking in 2013, I had recently joined a gym about 10-minutes from my house. I had gone to enroll and take a tour, and then I didn't go back much until I realized that I needed an outlet besides Chardonnay and Champagne.

I had put a lot of time and energy into drinking, so like any other person on this planet who has given up alcohol, you quickly realize you need an alternate way to spend your time.

I should also mention that I was in the thick of perimenopause when I decided to go alcohol-free at forty-five. The THICK of it!

For the first year of sobriety, I made exercise a...

The Face of Addiction in Midlife 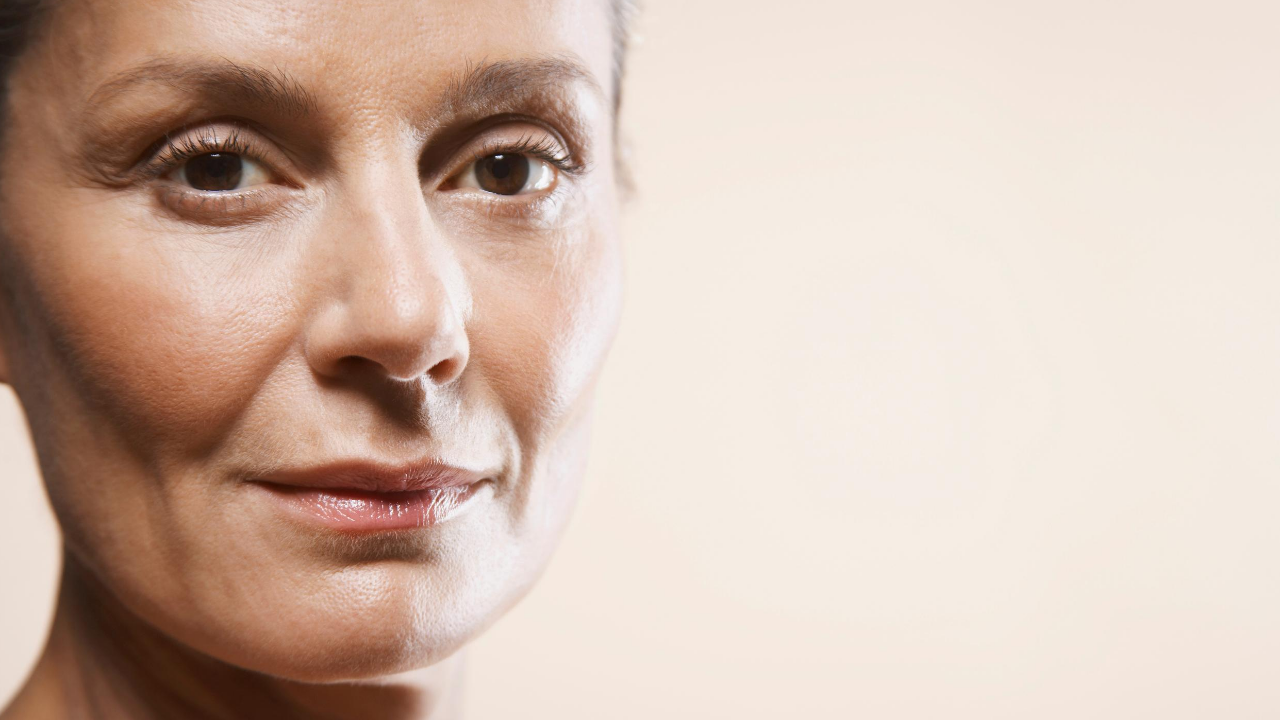 I remember when I was presented with the first remark about me being an alcoholic. It was from a family member as we stood in a bar day drinking, and I was shocked by the accusation.

Are you kidding me?! I don't drink every day; I don't black out every time I drink, I've never been arrested for my drinking, I fully function as a proud functioning alcoholic.

I'm completely offended as I took another chug off of my chardonnay glass.

Let me backtrack a bit before I continue with this story; I started drinking at fourteen, and I was about 43 when this happened.

At forty-three, I probably shouldn't have been as shocked by this statement, but it honestly had never crossed my mind that I may be an alcoholic. I was a party girl, the gal who could drink anyone under the table and get up the next day and do it all over again, until my thirties.

So, when I heard the term alcoholic, I brushed it off and argued my case, and the next day, I Googled, "Am I an...

Do You Need a Last Hurrah Before You Quit Drinking?

I was the Queen of the last hurrah! Every diet I started from the age of 8, had a "last meal." Every January 1st had a "last spending spree," and every Sunday for about two years, I had an "I'm never going to drink again" speech.

I didn't plan to stop drinking that night, I received a sign, and I took it. A sign which now I know was God, and he said, "Lori, you've had enough," enough to last a lifetime (or two)."

I recently received an email from a beautiful gal who asked me if I had a last hurrah when I quit drinking, and if it's a good idea to add closure before getting sober.

I respect this question so much, and honestly, I couldn't believe I've never talked about this topic until now.

I have a couple of different perspectives that I want to share if you are asking this same question and possibly experiencing several "last hurrah's!"

First of all, let's talk about why...

The Top 5 Objections to Getting Sober

Call them objections or roadblocks, every woman over 40 that I've talked to in the past few years had at least one of these or more, including me.

I was an over-drinker for thirty years, and I just celebrated seven years of sobriety.

When I quit drinking, I needed someone to help me work through what had held me back for a couple of years in quitting drinking.

In this five-part video series - The Top Five Objections to Getting Sober, I give you hope and a new perspective to help you feel better and save time going back and forth with the struggle to quit drinking.

I've been coaching women over 40 since 2018, and I've heard all of these "roadblocks" and more.

I chose the following because they truly are the top five objections.

You can watch the videos or read the transcripts below.

#1 I Don't Know if I Want To Quit Drinking

This is the one thing that blocked me for a really long time and the reason why I spent a lot of time Googling,...

Why Midlife Women Are Getting Sober

Women in midlife are getting sober because they are tired of settling for hangovers, regret, and the shame that comes with over-drinking.

At this stage of life (the middle), women from all over the world are noticing the disadvantage of just a small amount of alcohol. From sleepless nights, waking up in the morning fuzzy and hungover to ending the day with another drink, women, just like you are exhausted.

Drinking alcohol is no longer what it used to be.

The fight to keep drinking has become harder than the journey to sobriety, or so they think. I thought this way back in 2013 when I decided to pour two bottles of chardonnay down the sink and declare (to myself) that I can't, and won't...

Holistic Nutrition and Wellness for Longevity

Did you know that only 7% of our genes predict longevity? That means 93% of longevity is under our control. I always say, “what I do today predicts my future.” Not saying that I’m anywhere near perfect in self-care daily, but I have found a healthy balance that supports my mindset first, which helps my overall wellness.

I learned this information from my excellent guest, Annie Gaudreault, when I interviewed her for episode 128 of the To 50 and Beyond podcast. 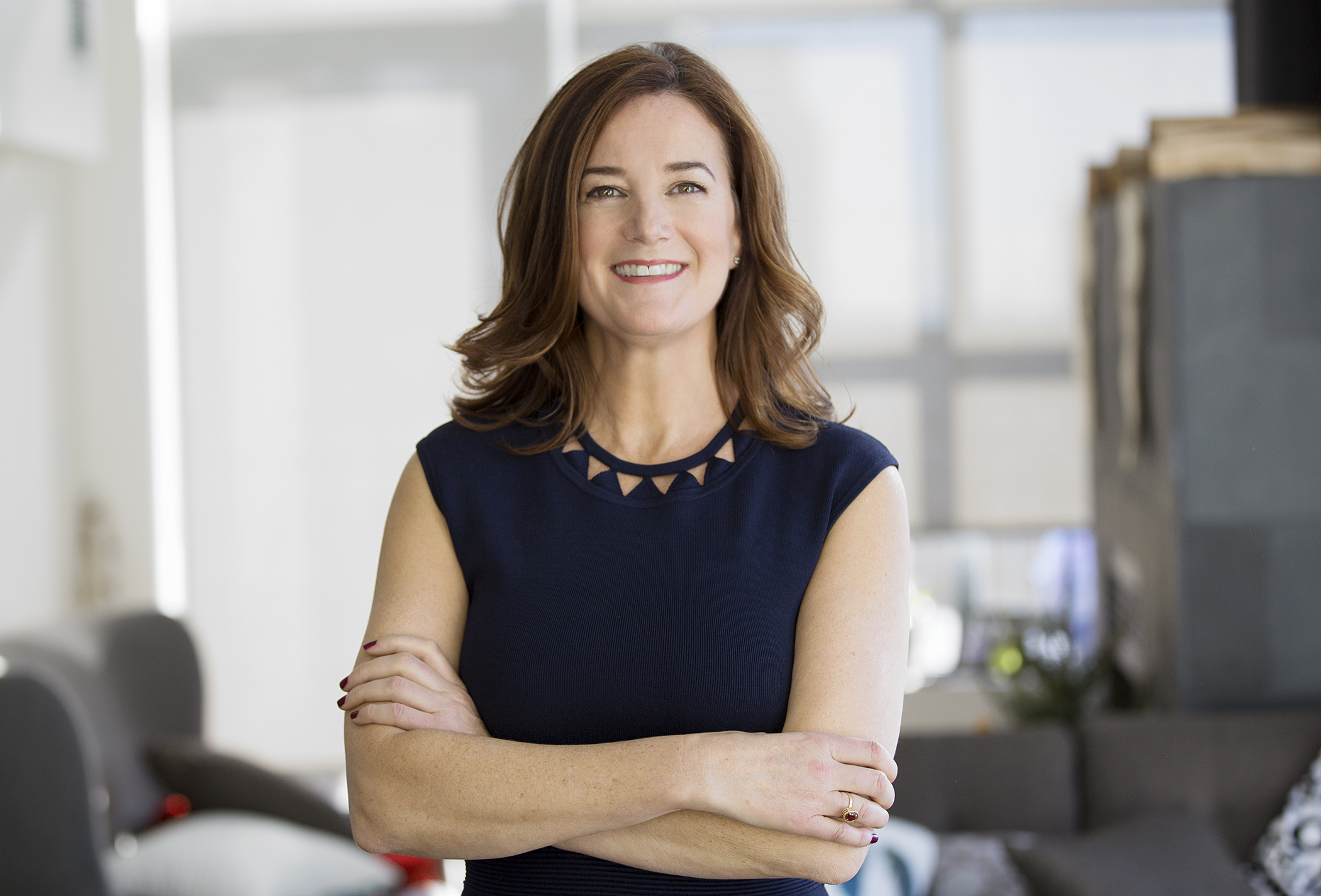 Annie had three different careers before coming to holistic nutrition and wellness in her early forties. Space beginning in childhood, Annie experienced numerous health issues, including living with cystic fibrosis. This genetic disease affects the pancreas, which prevented her from being as active as other children.

Losing her mom to cancer and her brother to suicide in her early twenties caused her to retreat and into what she considered a “safe...

How to Quit Drinking and Make it Stick

In 2020 there are so many different options to help you stop drinking long-term, but that isn't always a good thing. It's the day and age of information overload! So, what is a midlife gal who has been drinking since she was a teenager do? Which option should she choose?

Second of all, you are not alone in feeling overwhelmed, along with the back-and-forth indecision of quitting; it's too much! I speak with women over 40 every day, fighting with themselves on not only how to stop but also if they need to.

Let's end the fight together, shall we?

In episode 126 of the To 50 and Beyond podcast, I talk about how to quit drinking and make it stick because I know how hard it is to maintain long-term sobriety. 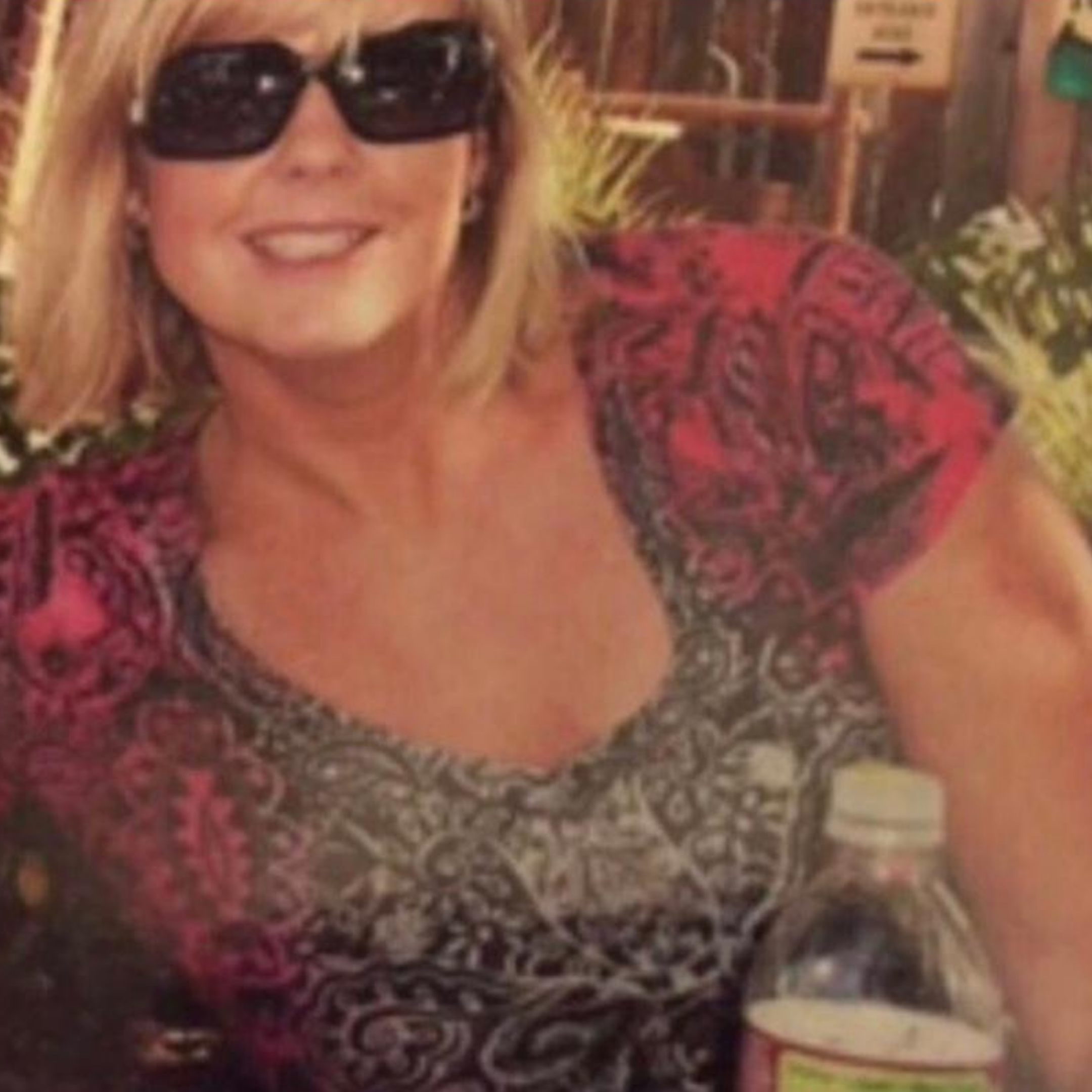 This photo was taken in 2009 right before my mom was going into surgery...

Some of us have an easier time than others putting themselves out there to make new friends, especially as we age. Our "in-real-life" relationships may start to change due to your career, divorce, or lifestyle change, like getting sober.

Sometimes, a relationship from yesteryear fades away without reason. Have you ever been left holding the "old friend" bag of confusion and heartbreak? I think we all have at one point or another, so what is a midlife gal to do?

Where do you meet new female friends who "get you" and share your same passion and purpose?

If it were last year at this time, I would say go to a live event focused on a topic you are interested in or take an exercise class or cooking class. But, in 2020, our live events have been canceled, and our get-togethers in person are rare.

In 2020, our mental health needs friendship and connection more than ever, and so many women are struggling with loneliness...

National Sober Day is September 14th, but you don't have to wait to celebrate! 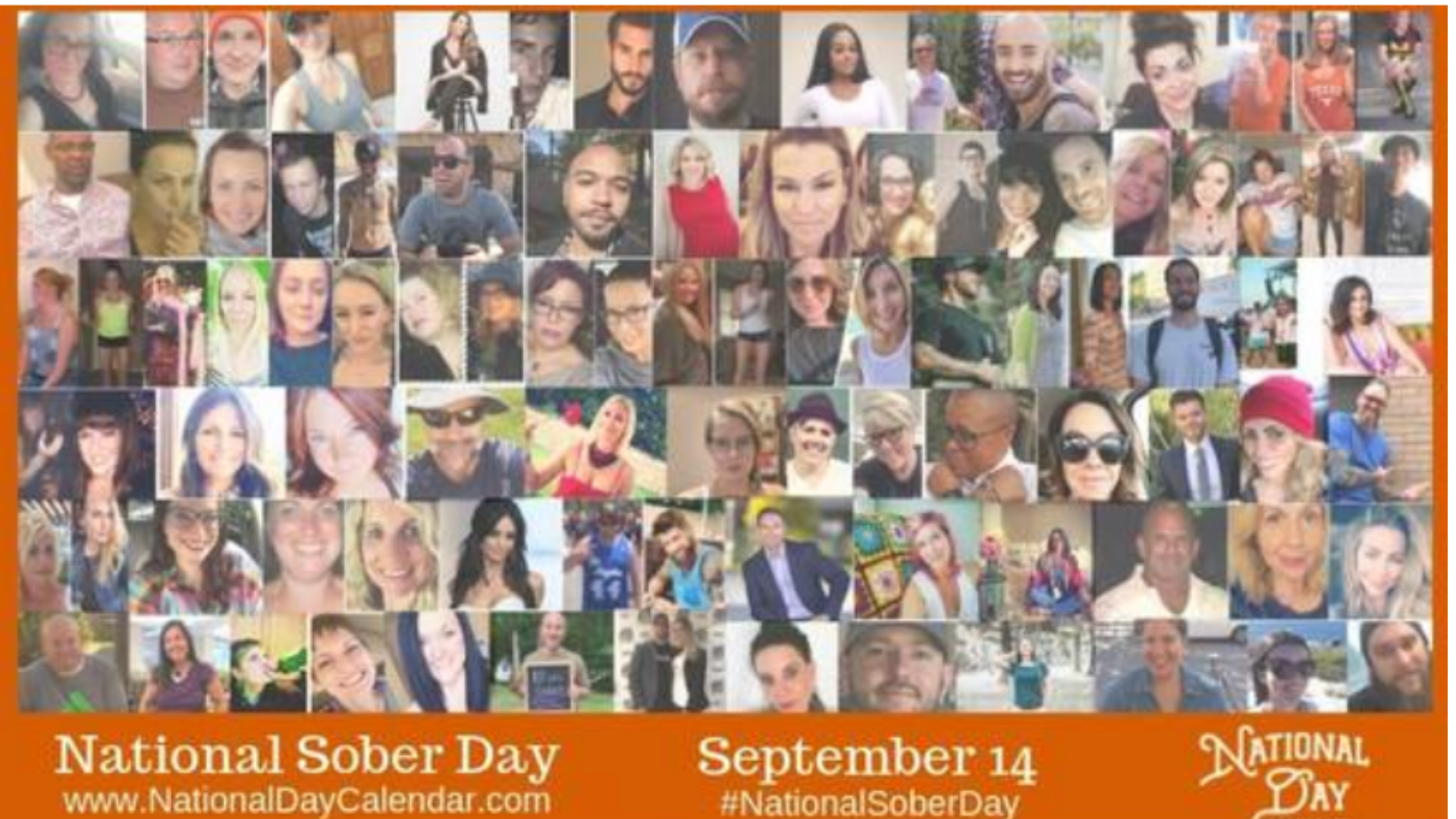 Getting sober in the middle of life is one of the hardest, messiest, joyful, exhilarating experiences you will ever have. It's an event that needs recognition and celebration every chance you get.

When I first got sober, I kept it to myself for the most part. Sure, my husband and son knew, but my close friends were on a need to know basis. Why? Because I felt like getting sober was embarrassing, it was something to feel shameful of and hide.

In 2015, I joined Instagram under the anonymous handle "To 50 and Beyond" to talk about the Whole30. I quickly realized that other people were talking about sobriety.

I began to come out of the sobriety closet and share my most profound darkest moments. I was sweaty and scared every time I hit publish on a post, but the more I posted, the more I felt heard and...

How to Reclaim Your Identity in Midlife

For decades, you have been a daughter, a mom, a wife, a sister, a friend, an employee, and whatever other roles you have played. Midlife is the time to claim who you are and align yourself with who you want to become.  If not, when?!

If you are here because you feel lost in an identity crisis, you are not alone. It's a typical conversation that I have with many women over 50 who are searching for something else but just aren't sure of what it is.

Amy Schmidt of Fearlessly Facing Fifty joined me on the To 50 and Beyond podcast to share her wisdom and story with us. Amy talks about the day her husband called her mom, and she realized that she didn't know who she was.

Amy guides us through her story as it unfolds into learning more about who she is and what she wants to do as she ages. The day Amy decided to start a podcast, write a book, and empower women to share their stories with others. 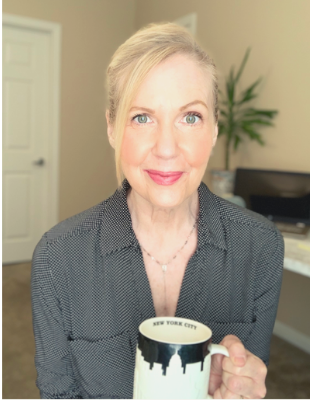 I'm so happy you are here!

I'm a Sober Lifestyle Coach and advocate for aging sober. I specialize in helping you combine the powers of aging plus sobriety to maximize your health, career, relationships, happiness, and confidence!

Are you ready to feel better, look better and age alcohol-free?

Schedule your Free 30-minute consult with me today! 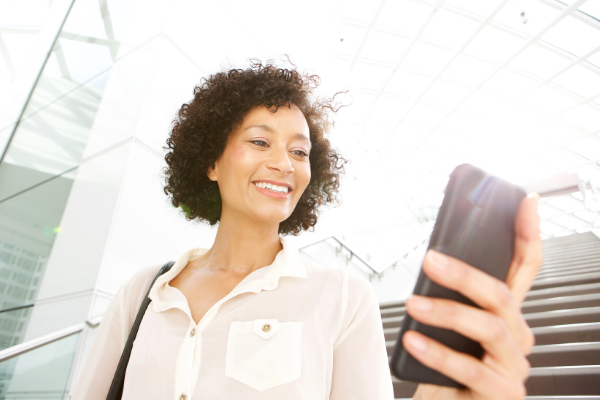 Is Your Relationship with Alcohol Complicated?

Grab my FREE quick audio training to help you make sense of your drinking.

Listen to the top rated To 50 and Beyond podcast

A podcast that empowers, educates, and entertains women over 40. It's time to ROCK your very best self To 50 and Beyond.

to 50 and beyond podcast

The Joy of Exercise in Midlife
exercise selfcare
Sep 18, 2020
The Face of Addiction in Midlife
aging sober sober lifestyle
Sep 02, 2020
Do You Need a Last Hurrah Before You Quit Drinking?
sober lifestyle to 50 and beyond podcast
Aug 27, 2020
Close

Schedule your FREE 30-minute Consult and let me help you stop drinking and start living alcohol-free for good.

My six week Fresh Start  1:1 program teaches you how to live, and love an alcohol-free lifestyle. It's a holistic practice that has help dozens of women get sober.

Once you schedule your consult, you will be taken to a confirmation page with a note from me.